Flats are staples for everyone’s spring closet. They are comfy as well as pretty. It’s easy for every girl to pair their look with a pair of comfy shoes. Let’s check the post out and find some breezy spring outfit ideas to enjoy the warm sun of the season.

Here are ideas for you to learn some pairing tips. Step your flats and show off your lovely spring look.

You have never experienced with the lace-up shoes? It is time for you to have one pair and wear them to complete your rolled jeans. 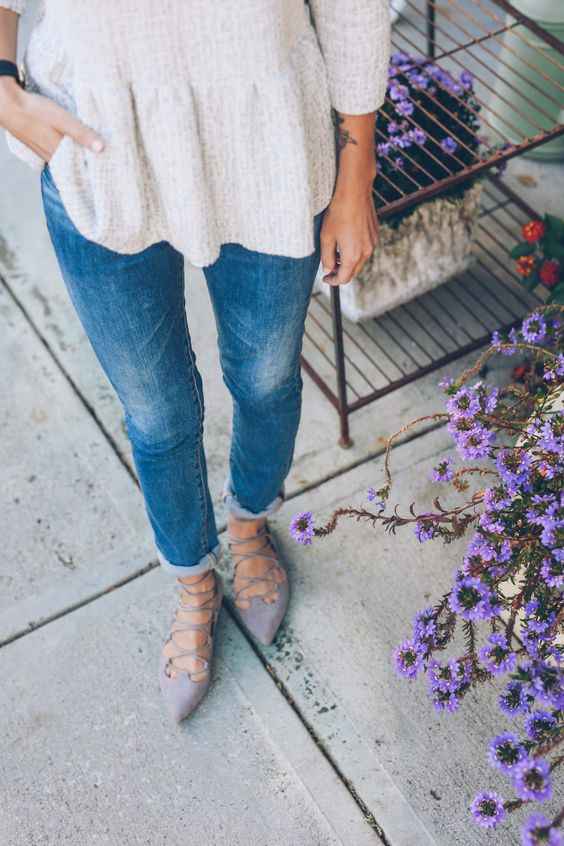 Nude shoes are versatile and nude lace-up flats can complete your spring look well too.

Animal flats can be worn to pair a business outfit. 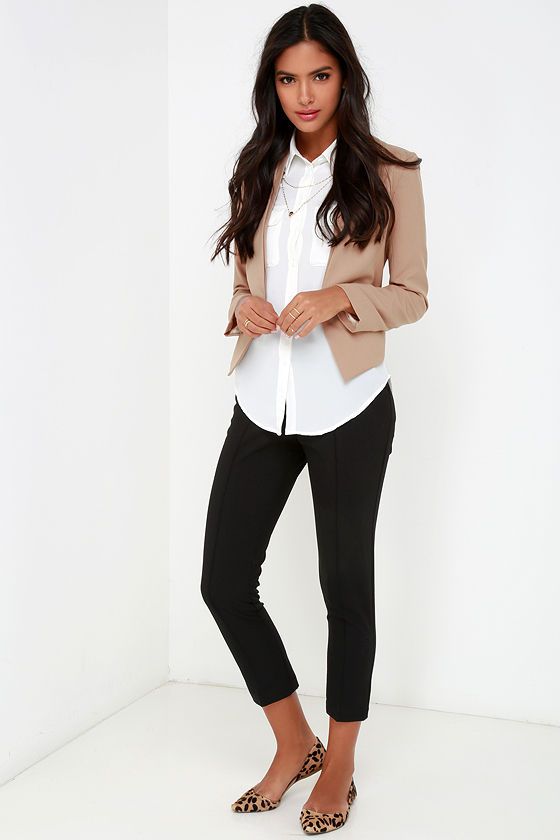 Black and White outfit is always classic for every girl. 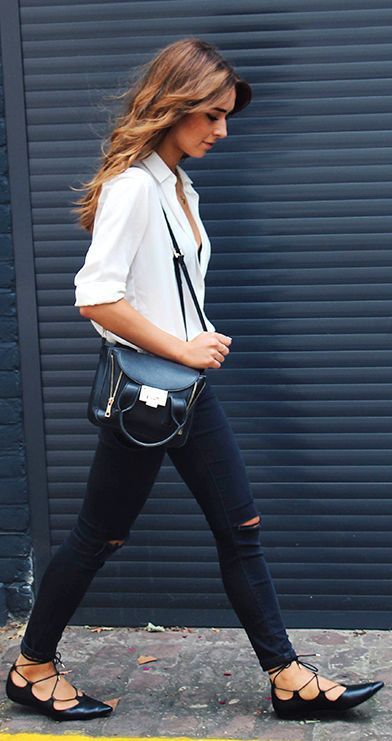 You can’t stand with the high heels any more? Try to free your foot with a pair of black flats instead of a pair of high heels. 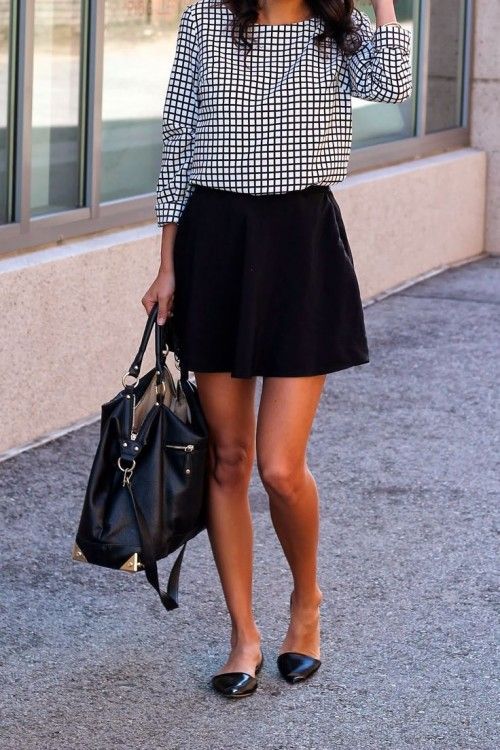 Comfy Work Outfit with Flats via

Spring is so warm that you can wear a long sleeveless camel coat to pair your white tee and jeans. What’s more, a pair of glitter flats will pop up the whole look. 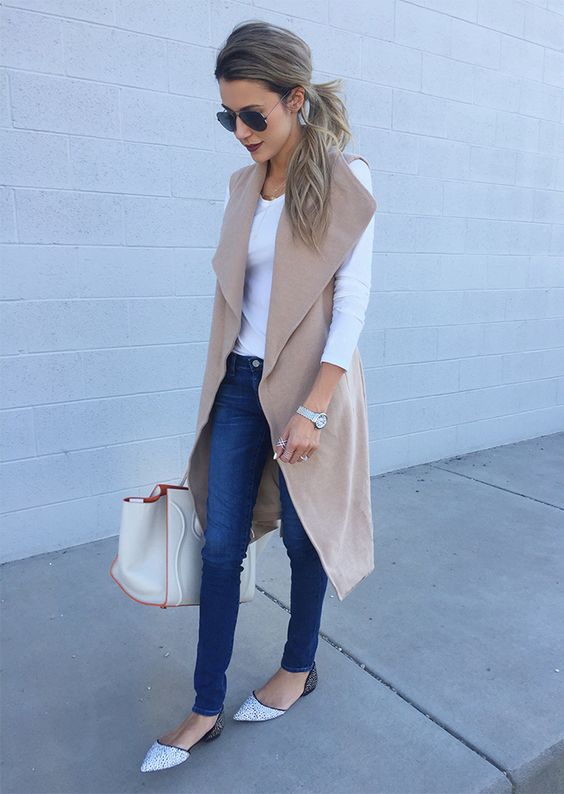 You won’t miss this pair of shoes to rock your spring and summer. 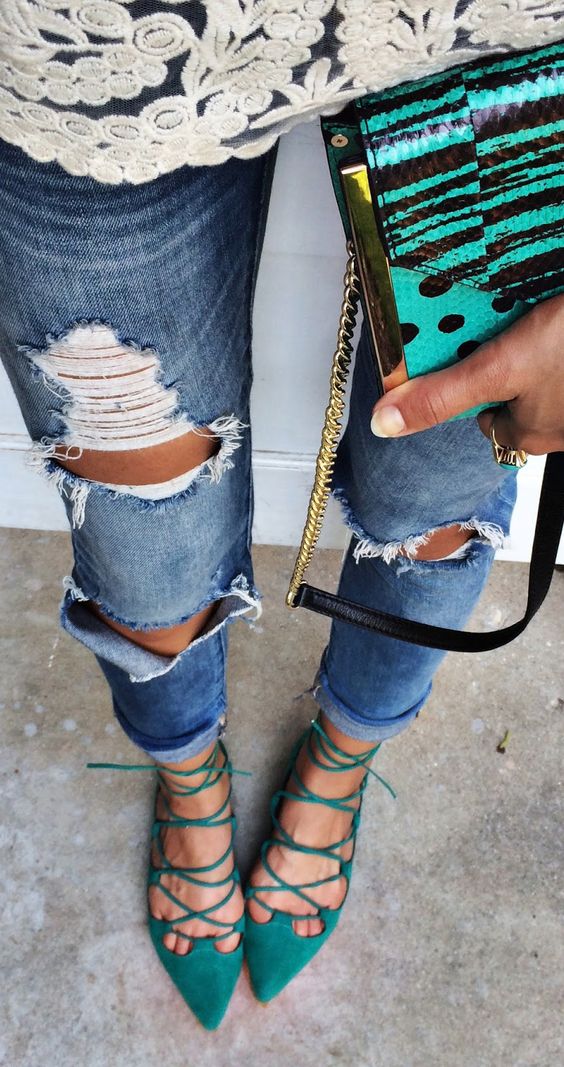 What kind of shoe will make you feel comfortable? The answer will be the flats. 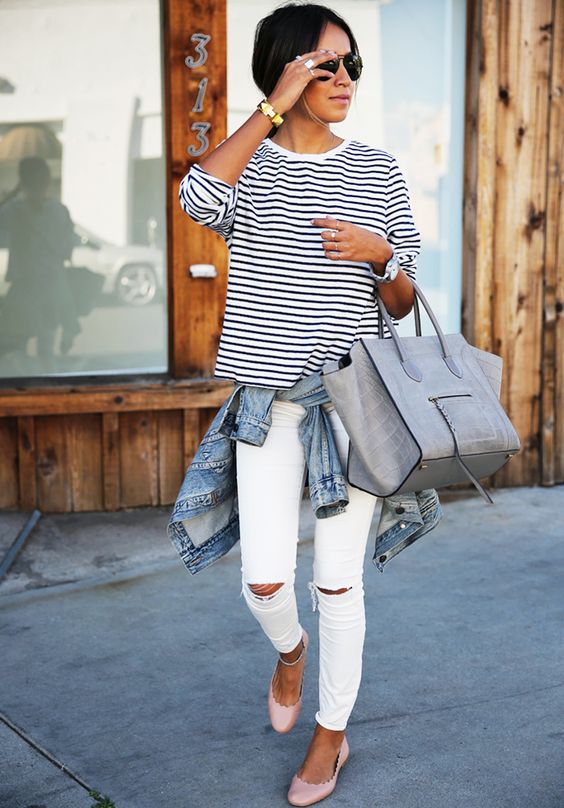 In early spring, you need to wear something warm, like oversized coat. For shoes, you can choose a pair of flats to pair the look.

Cute Outfit and Flats via

Sometimes a pair of bright shoes can make sense. 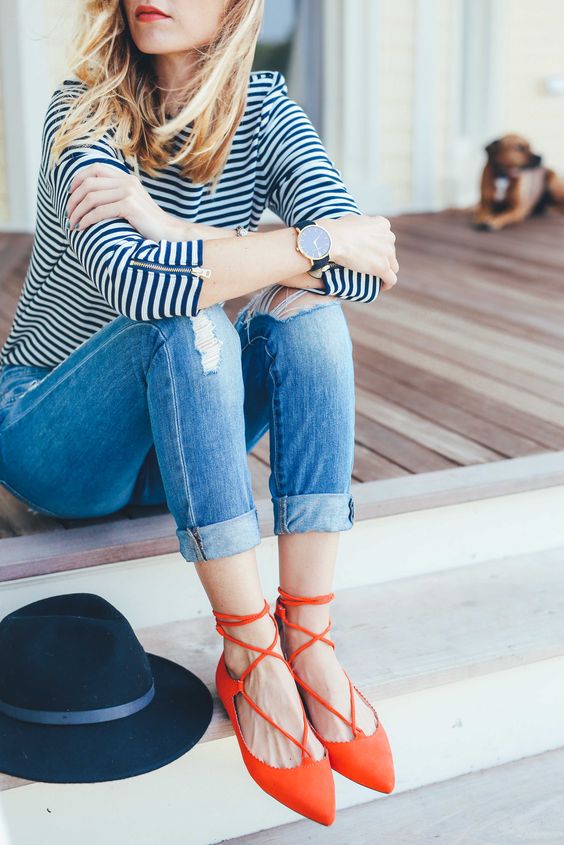 If you consider your work outfit for spring, you can glam a button-up shirt and black pants with flats. 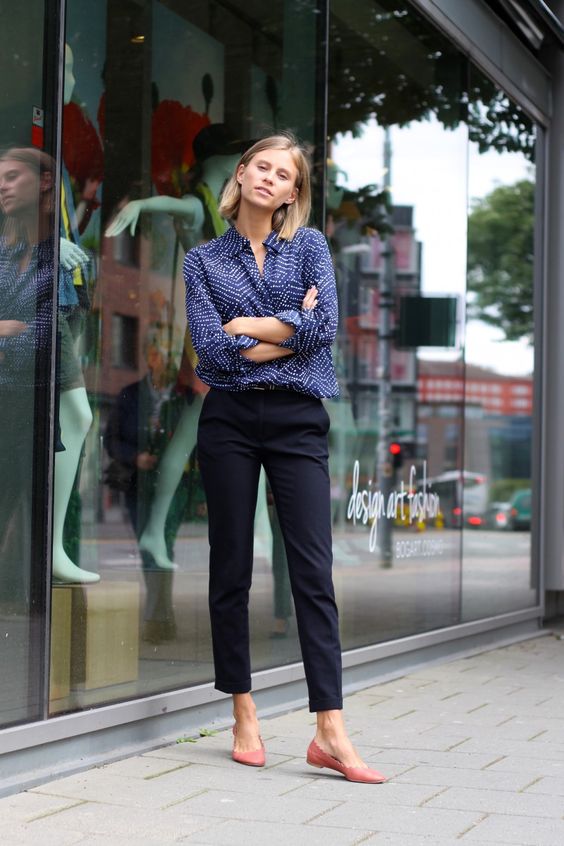 Button-up Shirt and Flats via

It looks breezy and pretty. 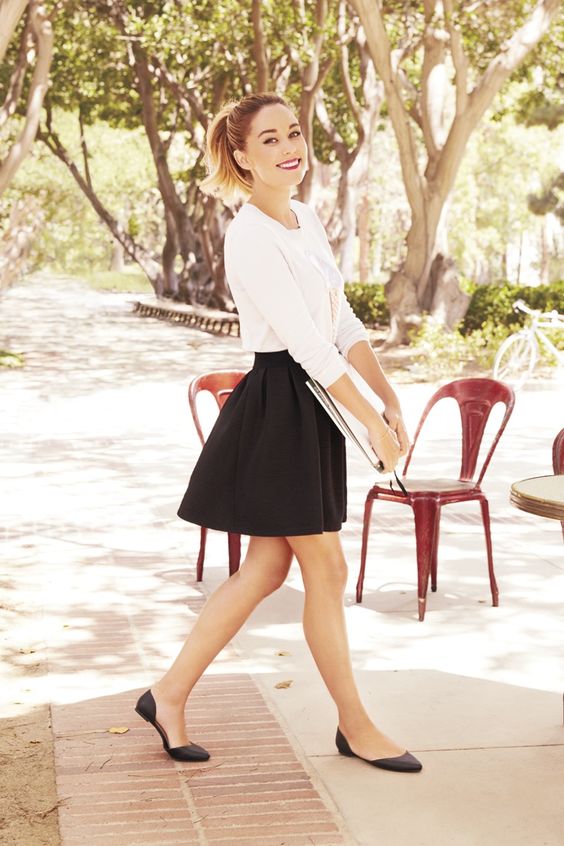 Sweater, Skirt and Black flats via

Wearing same color flats and top can make an easy vibe for your heart. 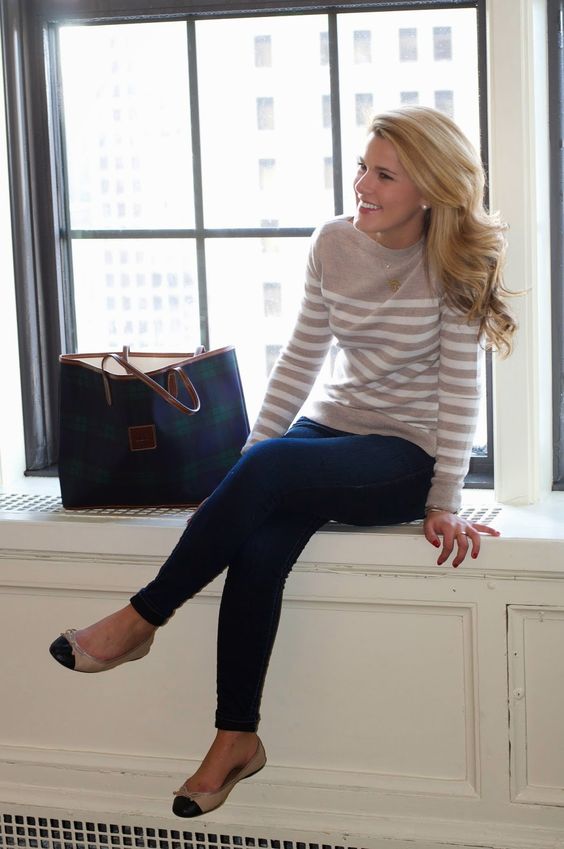 Strip Top, Leggings and Flats via

Why not style a top bun to pair your simple look for spring? 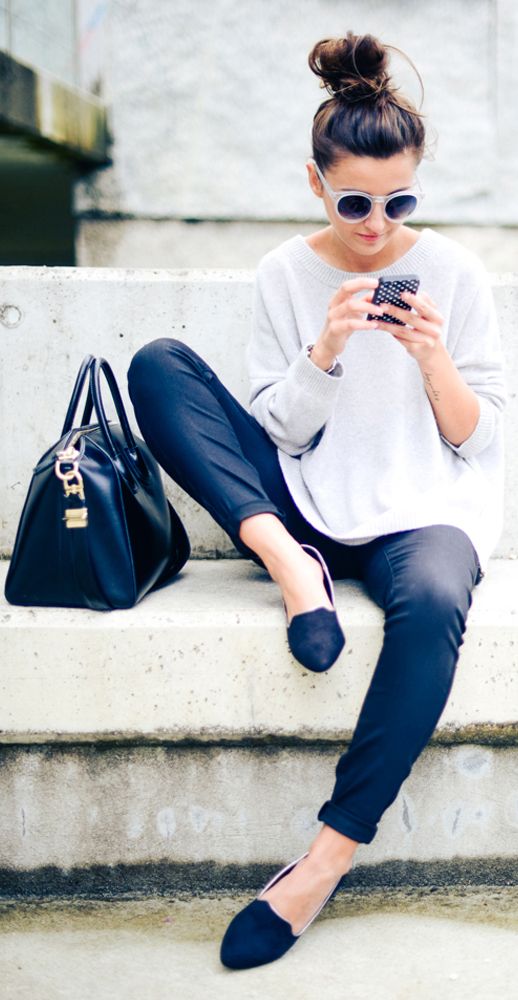 You can pair your white blazer and skinny jeans with a pair of pale blue flats. 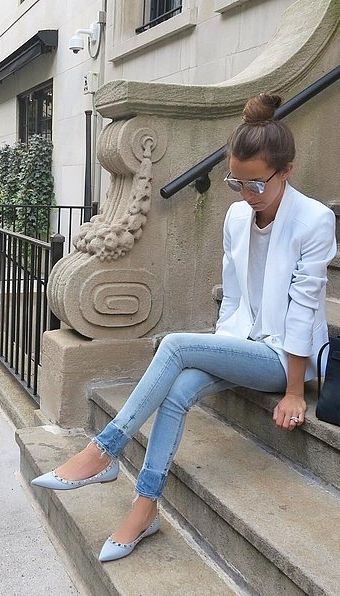 Skinny Jeans and Flats via

The celebrity shows us how she styles her street look with a pair of black flats. 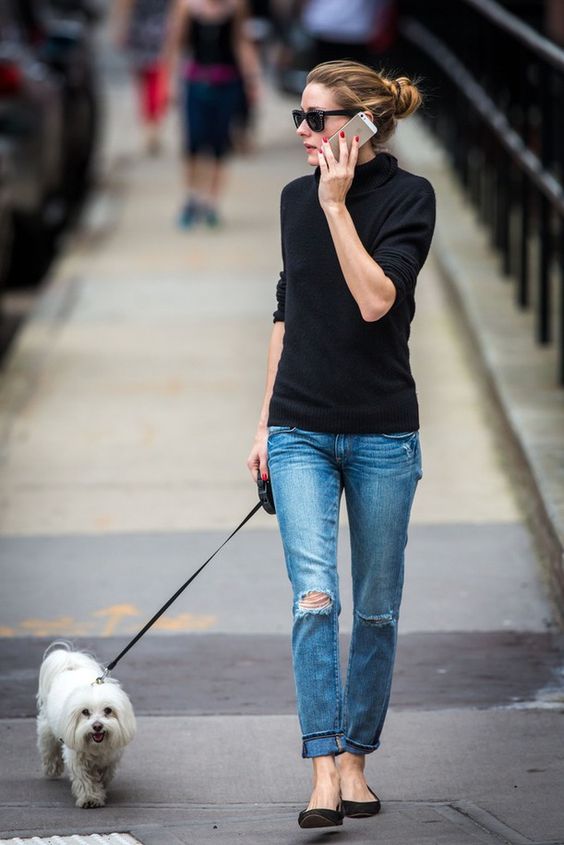 Getting all-black outfit is easy but pretty. 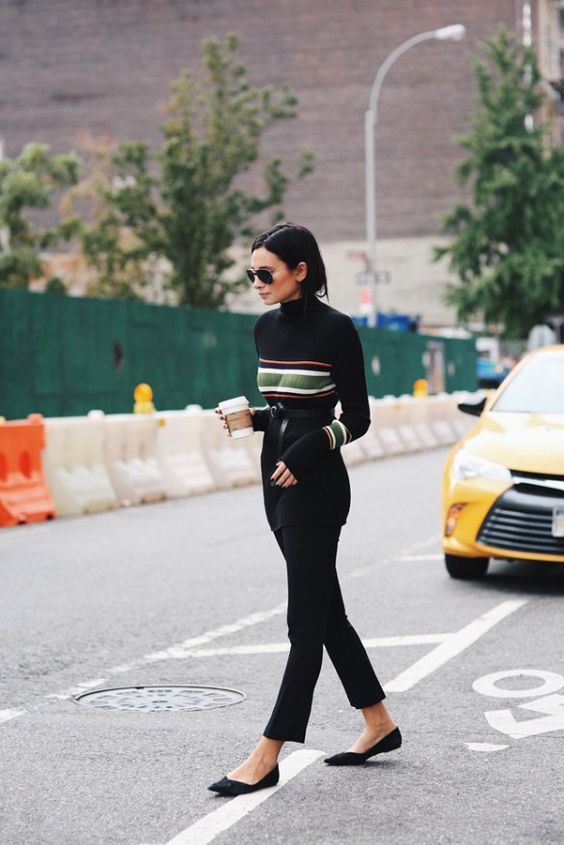 Flats can go well with a denim shirt as well. 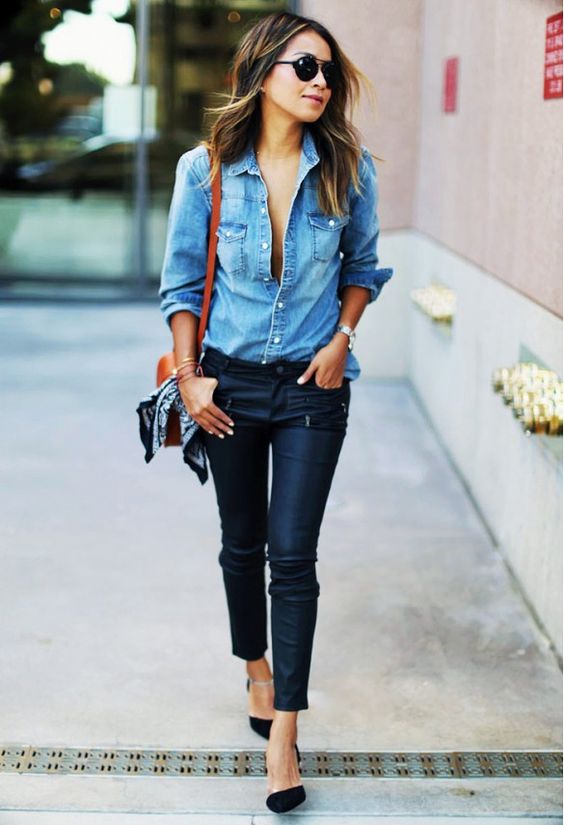 In order to vivid the looks, you can wear a pair of colorful flats. 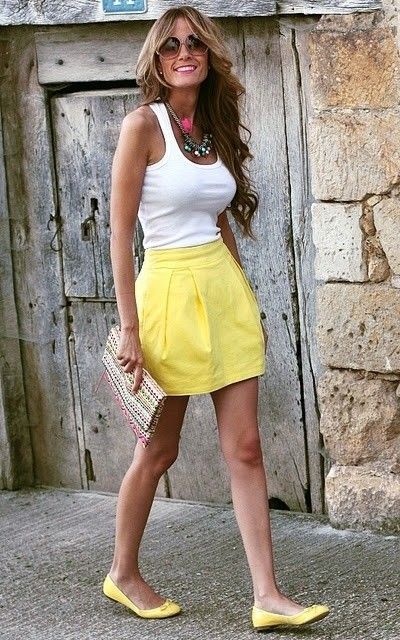 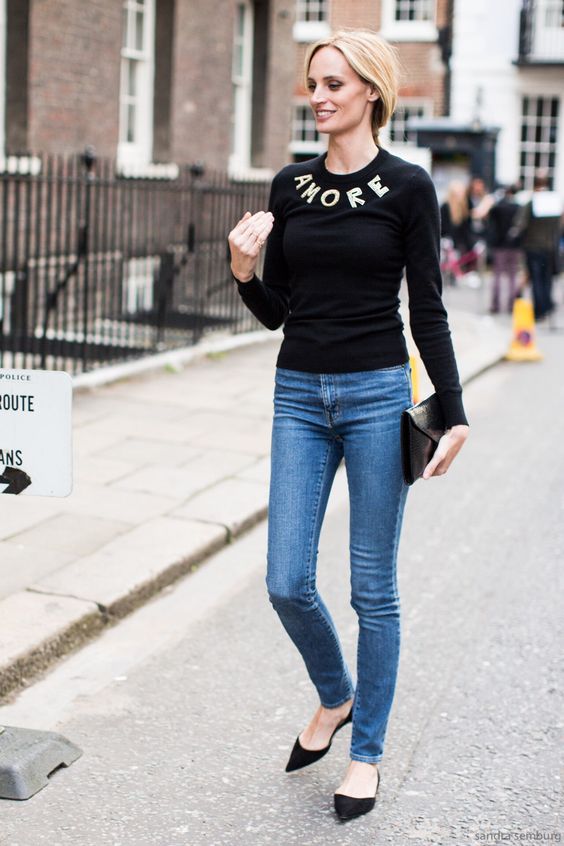 White shirt will not go out of style for all the seasons. The way to pop it up is to pair it with leggings or jeans and colorful flats. 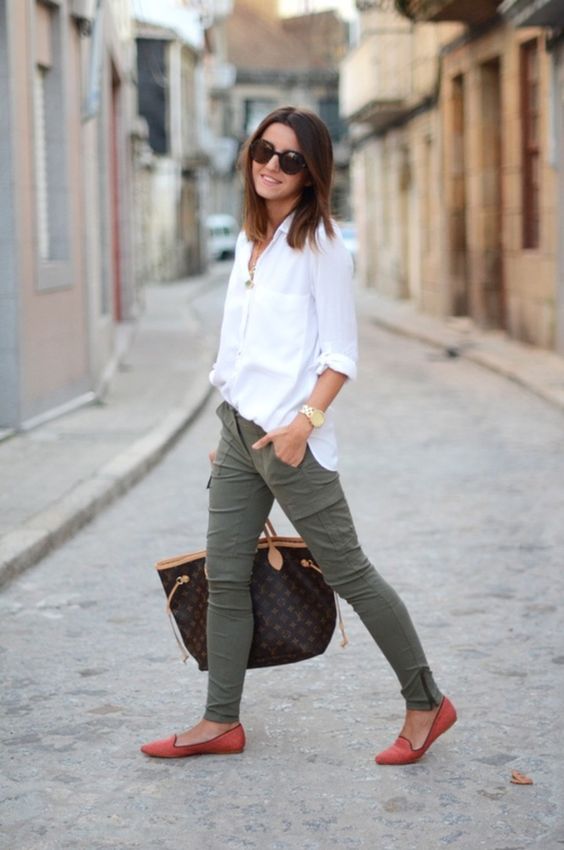 Grey and Black Outfit via

It’s sexy and pretty to glam a black dress with a pair of black flats. 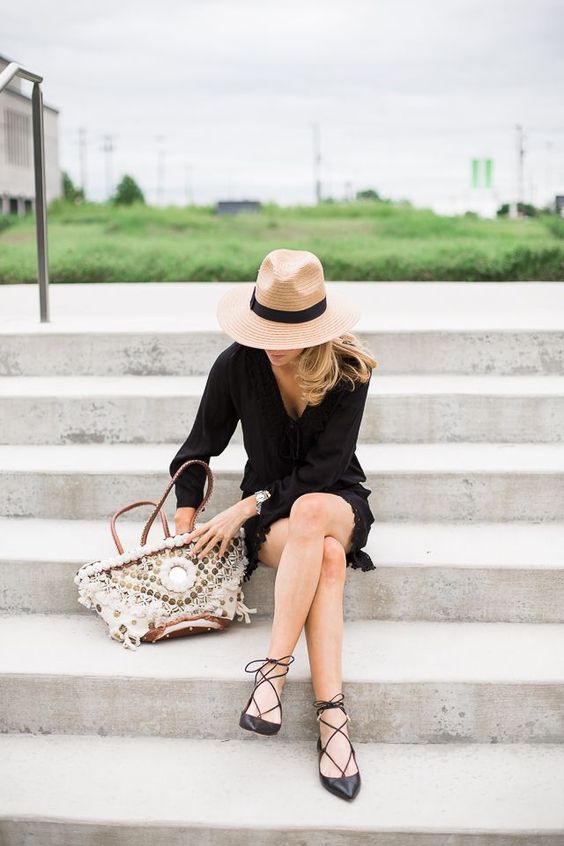 Black Dress and Flats via

The combination is cool and it can fit many occasions. 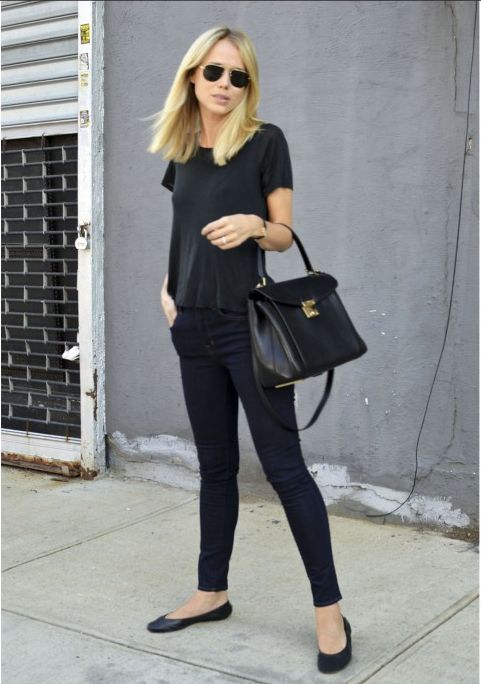 Black Outfit and Flats via